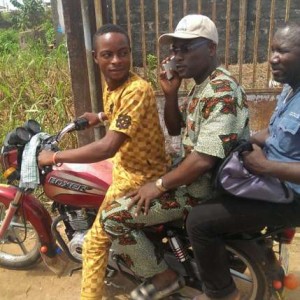 The Primetime Entertainment co-owner, who was appointed as one of the aides of the Ogun State governor was spotted on the Okada alongside his aide at Ibefun area of Ogun State while heading to his polling booth to cast his vote.

D1 shared a picture of himself on the means of transportation with the caption, “Enroute polling units…for God and country.#okadatinz#nigeriadecides.#change.”