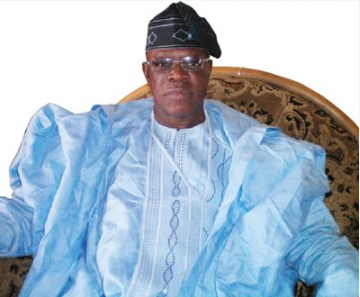 A chieftain of the Peoples Democratic Party in Oyo State, ex-Senator Lekan Balogun, has said that the party can survive and bounce back after its defeat in the last general elections if leaders at the national level are prepared to embrace changes.

Speaking in an exclusive interview with PUNCH newspapers in Ibadan, the state capital yesterday, Balogun said certain conditions must be established by the party elders even as he decried the display of arrogance by some prominent party members during the run-in to the elections. This behaviour, he said, contributed in part to the party’s dismal performance.

“Supporters of the party at the grassroots must also realise that defeat does not signify the end of a cycle. PDP was the biggest party in Africa and it must do everything to bounce back. This is not the end of the road for us. It is not the time for blame games but it must be said that some ministers became power drunk and inaccessible as if they were not part of the party during the election”.

While assessing the manner of PDP’s defeat in the South-West geo-political zone, Balogun called on the party to investigate the genuineness of the defeat with the view to set an agenda for its future.

He also pointed out that within the party, during the elections, many decisions were not based on reality.