Home Entertainment DJ Cupid Talks About What It Feels To Be The Daughter Of...
Facebook
Twitter
WhatsApp 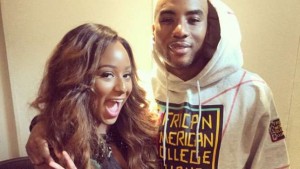 Weeks ago, a photo was all over the net after she met with a famous American OAP.

The celebrity disc-jockey, DJ Cuppy who is currently doing her Masters degree in New York was recently interviewed by Charlamagne tha God, and Andrew Schulz on the podcast show ‘The Brilliant Idiots‘.

During the hour long interview, DJ Cuppy spoke on her privileged background, and it’s perceived advantages.

“With this so called background I have, it’s something I have not always been associated with. When I was born, my dad works in oil, he did not own his company. He started about 15 years ago. It took a while for him to develop it. I grew up in the mainland. In Lagos you have different areas so the island is where I guess you there’s a higher income, and the mainland is where there isn’t” said DJ Cuppy, daughter to the oil tycoon Femi Otedola.

“So I grew up moving around so for me I grew up knowing there is a value to money, and hard work is very important, which is clear with what i am doing with my own life as well. I think nothing is deserved, things are earned” she further said.

DJ Cuppy also stressed that because her father is a billionaire it does not mean that his money is hers. “If you are privileged, you use it in a way that is productive. Also my dad’s money is not mine” said the celeb DJ.