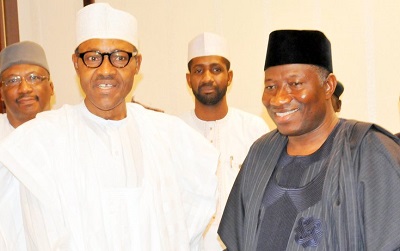 Less than one month to the May 29 hand-over date, the Federal Government and President-elect, Gen. Muhammadu Buhari (retd.) have clashed over claims the latter’s utterances and actions betrayed him as running a parallel government at a time President Goodluck Jonathan is still fully in charge.

Minister of National Planning, Dr. Abubakar Sulaiman, disclosed this at the end of the weekly Federal Executive Council meeting presided over by Jonathan on Wednesday.

Addressing State House correspondents at the end of the meeting, Mr. Sulaiman noted council’s consideration of the transition programme and took serious exception to some utterances and terms of reference of the transition committee set up by the president-elect.

The minister, who is chairman of the Technical Subcommittee of the outgoing government’s transition committee, said the council noted that such actions were suggesting that the current government was either being stampeded or being intimidated.

He said, “We did receive from the incoming government’s transition committee some terms of reference which we looked at critically and council did agree with. Dr. Goodluck Ebele Jonathan remains the current head of government of this country.

“The incoming government should avoid creating a parallel government while the government is still on.

“We take exception to some utterances and some of the terms of reference that look as if the current government is being stampeded or intimidated.

“Council frowned on ‎most of the statements, most of the provocations and council members are advised to work in line with the terms of reference of the current government.

“Council members are also told that the terms of reference as formatted by our transition committee should be strictly complied with.

“This government remains resolute to the various programmes and projects ‎it is pursuing and the government will continue to do that until the morning of May 29”.

When he was pressed by journalists to mention some of the terms of reference of Mr. Buhari’s transition committee that the outgoing government was uncomfortable with, Sulaiman asked the journalists to go and do their investigations.

The minister stressed that President Jonathan’s magnanimity should not be taken as a sign of cowardice.

“The magnanimity of ‎Mr. President should not be taken to be cowardice.

“That is why Mr. President and indeed council members enjoined Nigerians to see the olive branch extended to Nigerians and international community as a way of keeping this country intact and as a way of ensuring peace in Nigeria.