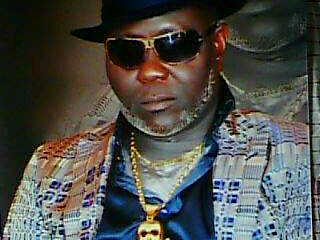 Ateke Tom, who congratulated Buhari on his emergence as president-elect, also appealed to him to collaborate with leaders in the Niger Delta to develop the oil-rich region.

Tom, who is leader of the defunct Niger Delta Vigilante, assured Buhari that the people of the region would support his administration, adding that nobody would go back to the creeks or attack oil installations.

“I am congratulating Gen. Muhammadu Buhari (retd.) on his victory during the election. We thank God for today that Buhari is now our President-elect and we pray to God to give him wisdom to lead our country aright.

“I am a man, who also have a say in the Niger Delta region and one of the former top fighters, I am using the opportunity to assure Nigerians that nobody will go back to the creeks”, Ateke Tom said in a chat with reporters in Okrika Local Government Area of Rivers State on Friday.

On the seeming disagreement between him and Governor Rotimi Amaechi, the former militant noted that though the governor and some politicians in the state despised him, such hatred had made him more popular.

He, however, admitted that sometimes, the governor fought for a just cause to bring development to the state and expressed the hope that he and Amaechi would one day become best of friends.

“Everybody knows that Amaechi hates me. Up till now, Amaechi still hates me. Unless our incoming President will be thoughtful, Amaechi could convince him (Buhari) to fight me. The politician only knows how to lie.

“Amaechi hates me. He (Amaechi) was not at the Okrika rally and those who were there on that day mentioned the real people they saw there, but Amaechi must mention my name. But God will help him (Amaechi). He will change because it has been said that your worst enemy could be your best friend. There is no problem, one day, we will become best of friends”.

Ateke Tom urged the youths to shun violence, cautioning that troublemakers could be shot during the election, thereby leaving their families to bear the consequence.

He also commended the Chairman of the Independent National Electoral Commission, INEC, Prof. Attahiru Jega, for conducting a free and fair election, even as he commended President Goodluck Jonathan for conceding defeat and congratulating Buhari.