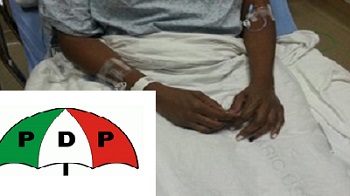 A candidate of the Peoples Democratic Party, PDP, for Edo State House of Assembly, who was reported to have collapsed on hearing of his defeat in last Saturday’s election, is responding to treatment at the University of Benin Teaching Hospital, UBTH.

The hospitalized candidate (names withheld), according to Vanguard news, had contested for Edo South constituency seat but lost to the candidate of All Progressives Congress, APC.

It was learnt that the PDP candidate was rushed to a private hospital before he was transferred to UBTH, where he is recovering from the shock of his defeat.