Home News Feed Elvina Ibru opens up on why she doesn’t want to get married,...
Facebook
Twitter
WhatsApp 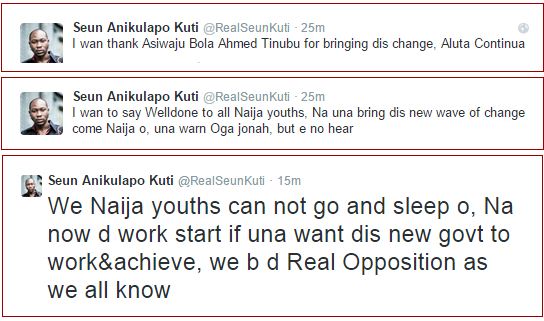 In this interview exclusive to LIB, Elvina Ibru, business woman & one of the daughters of billionaire businessman Olorogun Michael Ibru, opened up about why she doesn’t want to get married, how the society pressures women into bad marriages. She also talked about having a child out of wedlock and also explains why she only dates younger men. Interesting interview. Read below…

You were quoted as saying you don’t believe in marriage sometime back, but why?
People feel that I don’t want to get married because I don’t believe in marriage or because I don’t have anybody toasting me for marriage. Wrong! I actually believe so much in marriage and that’s why I don’t want to marry; because marriage has been made a nonsense of particularly in this country. As far as I’m concerned, it’s not a fair constitution to women. For instance, if your husband cheats on you, you are expected to forgive him. Even your own mama go tell you “my dear that is what marriage is. It’s for better or worse. It’s a mistake. It’s the devil.” But if by mistake, a woman cheats on her husband in this country, what are you talking about? 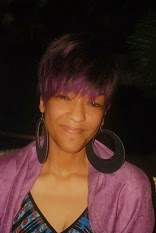 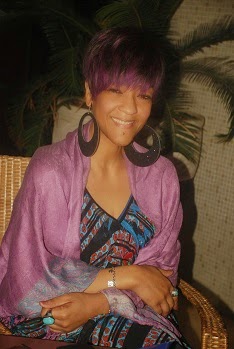 She will be called all sorts of names. From Ashawo to witch. If a woman cheats on her husband, the man should ask the woman what is it I’m doing wrong instead of castigating the woman and the society joins in helping him to do the same. But that’s not the only issue I’m talking about, there are so many. I grew up in a polygamous family, I’m an Urhobo girl and maybe that’s part of the reasons I’ve never desired to get married. Most Urhobo men are expected to cheat on their wives. It’s almost a normal thing. If you are an Urhobo man and you don’t cheat on your wife they’ll ask you, “Ol boy, abi this woman don bury calabash for you?”

Are you serious?
“Yes! I said it, quote me. Maybe it’s also my background that brought about my perception of marriage. I have loads of male friends that are married and I know what they do. I also have female friends; very beautiful girls and you can imagine having dinner with like 12 to 13 of them and all they ever talk about is their marriage and how unhappy they are with their husbands. They’ll then ask me, you are looking fresh how do you do it? I always show them my empty fingers and say no man is sucking my blood. I’m not thinking about whether my husband is with one small girl in UNILAG or whether there is no enough money for two of us, because if there is no money I go soak garri for myself, but I’ll never soak garri with you. Forget it! I will not.

Wow! That’s tough..
That’s for me Elvina, and please let’s not get this twisted. Don’t misquote me, I’ve never encouraged young girls not to get married. Marriage is a beautiful thing if you can do it. Go and get married, but marriage is not for me Elvina. There are billions of people in the world and God made everybody different. The amount of strands of hair on each person’s head is different, even our thumb prints are not the same. We can’t even think alike. No matter what similarities we share, there is always some big individual differences, which is why marriage itself is even hard. Sometimes, you don’t know yourself completely. If I don’t know myself completely, how then will I be able to abide with somebody else. There is no way the person will not get on my nerves and we’ll both explode. So if you can marry, beautiful! I’ll come to your wedding and wear Aso-Ebi. I’ll dance and sing with you and pray that you have a long-lasting union and beautiful children. But me Elvina, I nor wan marry and frankly speaking it’s not by force.

But don’t you think societal pressure is what makes many ladies to want to marry by all means?
That’s another thing in Nigeria as well, you have so much pressures from families and friends as a young girl to get married. So you just marry any man that comes your way. You see a 25 years old girl, before she pass 25 they’ve started pressuring her, “are you not getting married?” “Who is the man?” So, you just marry any nonsense. Even if she doesn’t feel that this is the person for her, she starts getting scared psychologically wondering if something is wrong with her. She starts thinking at the age of 25 that she must marry the next available guy or she might not get someone else to marry her later; even if she is not totally in love with that guy. So she should marry the person and be unhappy.

Most Nigerians will say that there is no such things about love in marriage, but tolerance, what’s your take?
If it’s about love, will tolerance not come into it. If you love someone, you’ll tolerate them. For me the basis of marriage should be about love and nothing else. This is what I’m saying, that I believe so much in marriage that I’m not getting married; because I can hear things like this all the time whereby Nigerians will say marriage is about tolerance. Why can’t it be about love. I always say to God, if you want me to get married, give me a husband that I’ll not manage. I can’t manage marriage. I manage my business, I manage finances, I manage social life, I will not manage marriage. My marriage has to be perfect and happy. God can do it. So if I am 75 years old and I meet one 80 years old Papa, and I see that, ‘wow! God this is it!’, then we’ll get married.

You have a child already and you are not married, but there is this notion that there is always an adverse effect on a child who doesn’t  have both parents’ upbringing, what’s your take?
That is complete, utter rubbish. Yes, I’m not married and I have a child, there is nothing wrong with me and there is nothing wrong with my child. I wasn’t seeing my father while growing up, would you say that has got any impact on me? Except you want to claim the impact is what we are talking about now, but I’m the only one among my siblings who has this believe of not getting married. My brothers are married, my sisters are married. Gloria is not married, but she’d like to get married. So that believe that the child will be affected is nonsense. No marriage can save a child that Is not naturally not strong. There are some married people that might has well not be married. I have a bobo(boyfriend) now, my relationship with him is sweeter than that of most people that are in marriages. If I’m lying let something happen. You’ll see some couples who seem happy, but their children are feeling deprived because of a marriage that is not working.  I’m not trying to generalise here, I’m just saying there is always a situation for every situation. A child that grows up in a marriage where the father beats the mother or the mother beats the father, as it is in some cases might grow up to become a bully to his or her spouse in marriage. The child will grow up to feel it’s ok to beat his or her spouse. So just because you are married doesn’t guarantee that your children will have a more fulfilled life than the child raise outside wedlock.

So, tell us more about your bobo?
My bobo is very handsome , quiet and nice. That’s the end of story, thank You.

What’s your take on wide age gap in a relation, especially the older-lady-younger-man debate?
That’s another double standard. We have in this country. If a 60year old man is dating a 30year old girl, people will start hailing him. But if a 30 years old man is dating a 60 years old lady, you can never see the end of the story. It’s one of the nonsensical double standard we have against women in this country.

But can you date someone younger?
(Cuts in) I only date younger men! I’m not interested in older men. One of the reasons is that they are all married, and secondly they all have big ‘belle’. All of dem too get big belle. I nor like big belle o.

Oh really?
Yes, look, I’m a very straight forward person. You are attracted to what you are attracted to. Some people like skinny, dark girls, they’ll never chase me. Some people like light skinned, round girls, they’ll chase me. Some people like short women, they will not come after me, some like tall girls and will come after me. I might see a fine guy with a round stomache or chubby look and say, “oh, this guy is very handsome” but the chemistry won’t be there and I cannot force myself to like what I don’t like. I like a  slim, tall, and dark guy with a flat tummy, maybe because I’m big, so I’m attracted to the opposite. I also don’t like
light skinned men. I might see a handsome yellow guy and say “awww, this guy is cute”, but the chemistry will also not be there, maybe because it reminds me of my brothers. My brothers are light skinned. I don’t really know why it works for me that way, but I don’t deceive myself. I also tell people, don’t deceive yourself. I don’t have anything against older men, if I’m searching and i find an older man in my specs, then leggo! As regards age, I’m not that old, I’m only 42. My bobo is 34. Yes.

The concern with this kind of your relationship is about IQ and maturity compatibility, how do you both relate on the same level?
That is very general. Look at my son, Elisha. Elisha was talking to me about his views on politics today, how do you feel he’ll think when he is fifteen. He is only six. His agemates were looking at him like what’s GDP? The guy I’m dating right now is way more mature than most 50-year-olds I know. The things that freak them don’t freak him. For instance, you’ll never see him in a strip club and you see some big babas in a strip club screaming in ecstasy. It’s just like some of the listeners of our programs on Classic FM, we play old school and you’ll be shocked at how young many of our listeners are. A lot of them are just like 24-years old. They call in and start telling us about songs of Nat King Cole.  I will be wondering how these young people get to Know about all these songs.