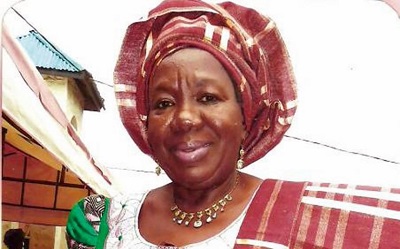 The former presidential aide made the announcement at the state secretariat of PDM in Abeokuta at the weekend, shortly after the election of new executives of her new party.

She said the PDM, of which she is a founding member, was an offshoot of the PDP before the former was later registered as a political party with the Independent National Electoral Commission, INEC.

“What we found in PDP in the last few years is contrary to what PDP was formed on”, Mrs. Ajanaku stated. “Many undemocratic things going on, everybody just doing what he likes”.

According to her, returning to the PDM was an irreversible move aimed at reviving the party ahead of 2019.

She said the party was set to put smiles on the faces of Nigerians as structures would be established across the country in due course.

“This is a disciplined party and one family and my role is to ensure things work well”, Mrs. Ajanaku said.

She, therefore, asked the newly elected executives to inject discipline to the party and adhere to its constitution strictly as well as attract more members.