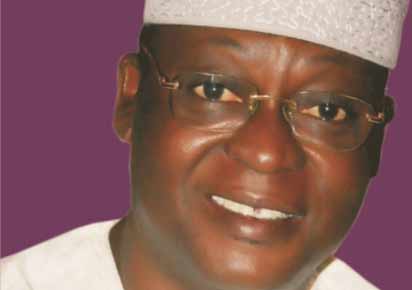 The Minister of State for Works, Dayo Adeyeye, has called on the President-Elect, Muhammadu Buhari, to call members of his party – the All Progressives Congress in Ekiti State to order so as to save the nation’s democracy.

Adeyeye, who was speaking against the backdrop of the heightened plot by 19 APC lawmakers of the state House of Assembly to impeach Governor Ayodele Fayose, accused the lawmakers of desperation to sack the governor through the backdoor.

According to the minister, the state lawmakers are capitalizing on the victory of Mr. Buhari to foment trouble in the state and, therefore, advised them to stop behaving like bad losers.

“In 1999, Prof Tunde Adeniran of the PDP lost to Otunba Niyi Adebayo, Adeniran congratulated the winner. He did not go to court”, he said.

“It was in 2003 that Adebayo lost to Governor Ayodele Fayose that they went to the Tribunal.

“Also, when Segun Oni won election in 2007, these same APC people made Ekiti ungovernable for him. In 2011 when Fayose contested senatorial election and lost to Babafemi Ojudu, he did not go to court. None of the PDP National Assembly candidates that lost in 2011 went to court.

“Since they lost the governorship to the PDP nine months ago, they have refused to accept defeat. It was as a result of this desperation to steal Ekiti people’s mandate that Omolafe Aderiye was killed”.

The minister also accused an APC supporter of killing Modupe Temitope Olaya in Efon-Alaaye, wondering why opposition politicians in the state derive joy in shedding the blood of innocent Ekiti sons and daughters.

“Gen Buhari must not let these desperate APC members in Ekiti State drag his name and reputation in the mud by using his name to cause chaos”, Adeyeye said.