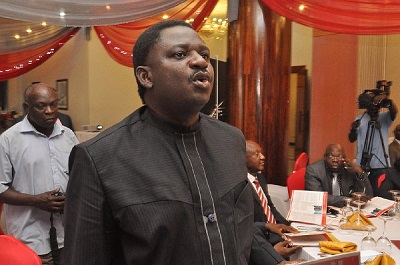 Femi Adesina was on Saturday re-elected unopposed as the President of the Nigerian Guild of Editors, NGE, the News Agency of Nigeria reports.

Mr. Adesina along with some executive members of the association were returned unopposed during the 2015 Biennial Convention of the NGE held in Lagos.

However, the post of National Secretary was contested for by Victoria Ibanga and Mustapha Isah.

A Deputy Editor-in-Chief at the News Agency of Nigeria, Sani Adamu, was among the seven persons who won membership of the Guild’s Standing Committee.