For Winning The Presidential Election, See What RCCG Did To Yemi Osinbajo And Wife (PHOTO)

Osinbajo is a pastor of the Olive Tree House of Prayer for All Nations in Banana Island, a Redeemed Christian Church of God, (RCCG) parish.

His church held a send-off for him on Sunday, April 5. 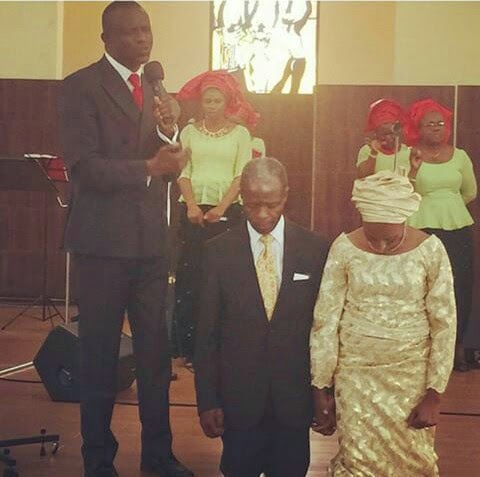 Osinbajo and his wife, Dolapo were prayed for by Bishop Wale Oke.

When Buhari picked Oisnbajo as his running mate, many were of the opinion that he chose him because of his position as an RCCG pastor, which would grant him favour with Christians.

A pastor of the RCCG, Bribena Efiye, had noted that the APC had chosen Osinbajoas their vice-presidential candidate to give the illusion that Pastor E.A. Adeboye, G.O. of RCCG is supporting Buhari’s election bid.