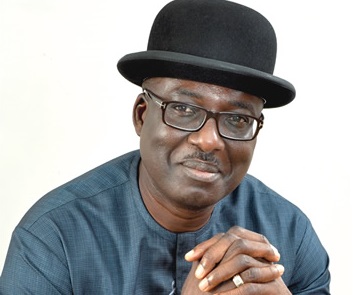 A former Deputy Speaker of the House of Representatives, Prince Chibudum Nwuche, on Thursday dumped the Peoples Democratic Party (PDP) for All Progressives Congress (APC) in Rivers State.

Nwuche, an Ikwere from Rivers State, announced his resignation from the party in a letter dated March 29, and addressed to the party’s national chairman, Adamu Mu’azu.

The former deputy speaker during the Olusegun Obasanjo administration, also endorsed Dr. Dakuku Peterside of the All Progressives Congress, for governorship of Rivers.

Mr. Nwuche has been a loyalist of President Goodluck Jonathan and his defection, less than 24 hours to the governorship and state house of assembly elections in Rivers, might just turn out to be to the disadvantage of the PDP and its candidate, Nyesom Wike.

Nwuche said he had watched with dismay the party’s descent into cabalism and god-fatherism as certain individuals became practical owners of the party’s structures and ensured that many persons with capacity and integrity had no opportunity to serve and remained shut out of governance.

He particularly cited the alleged electoral fraud in the PDP primaries where he lost the party’s ticket to represent the people of Rivers West Senatorial district in the Senate, saying no election took place as unpopular candidates were foisted on the people.

According to Nwuche, “Most respected pioneer leaders and founding fathers of the party such as former President Olusegun Obasanjo and Chief Barnabas Gemade amongst others, who were natural rallying points for the party were marginalized and have since left the party on account of these injustices”.

He lamented that as a consequence of the insincerity and corruption on the part of the party’s leadership, the primaries process “became an avenue for needless bloodletting and acrimony amongst party members in a jungle battle of survival of the anointed.

“Violence and corruption is often transferred to the main elections in the attempt by the party to impose un-popular candidates on the masses”, he added.

Nwuche lamented that he has been a serial victim of this injustice in the party where his peoples’ wish to have him represent them at the senate has been frustrated twice in spite of his enormous popularity in his senatorial zone and state as a whole, and even after winning the primaries.

“I have consistently delivered my unit, ward, local government areas and my ethnic nationality in every election since 1999, unlike many high ranking party and government officials in the PDP. Also, my people’s desire for me to serve at other levels have suffered set-backs on account of individuals who felt I challenged them on their style of governance when they were Governors many years ago”, he said.

“In all this, party leaders have not been able to stand up in defence of the truth and in support of the representational nature of democracies. They have instead, allowed these injustices in the pursuit of their selfish ambition to maintain their positions. In this way the party has lost its soul. These leaders have in turn lost the moral authority to provide guidance or control for even those they have nominated or appointed”, he stressed.