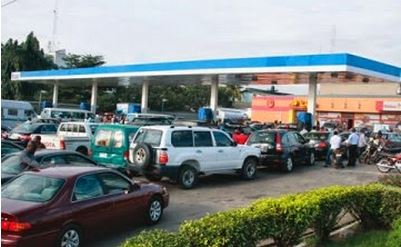 In order to prevent current fuel scarcity, The Federal Government, yesterday, said it would pay MOWAN N156 billion, out of the about N256.2 billion the marketers claim is owed to them in subsidy claims.

Minister of Finance, Mrs. Ngozi Okonjo-Iweala made this statement at the World Customs Day event held in Abuja yesterday, expressed optimism that the payment, which is expected to be made today, will help address the current fuel scarcity plaguing the country. According to her, the Federal Government is committed to ending the fuel scarcity within the shortest time and that despite the revenue challenges facing the government, the issue of fuel subsidy payments to oil marketers remain a huge priority.

She stated further that “We have been engaging oil marketers over the scarcity issue. We paid them N350 billion and N31 billion in the foreign exchange differential in December. “Tomorrow (which is today), we will be paying them N100 billion for which we had earlier given them IOUs, and interest rate differentials of N56 billion. I am about to sign to get that paid and I think Nigerians will agree that the government is making good effort to accom­modate the oil marketers. They are also Nigerians and they also need to co-operate with us”.

The Minis­ter of Information, Patricia Akwashiki, stated that the in­coming administration of Gen Muhammodu Buhari will not inherit fuel scarcity immediately because the coun­try has enough fuel in its reserves for almost 1 month, 27 days to be precise.

She said “I want to assure that we have enough fuel to supply and the problem is not that we do not have fuel on ground. We have a problem with the tanker drivers and that has to do with the non-payment of fuel subsidy claims But from tomorrow (which is today), the Coordinating Minister of economy is going to start pay­ing off some of the liabilities we have in that sector and it will ease off,’’.