Home National News Odd News Girl Stabs Boyfriend In Enugu For Refusing To Give Her Money For...
Facebook
Twitter
WhatsApp 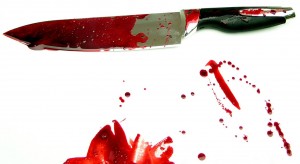 In Enugu State a report came in about the death of a level 200 student of Owerri state university killed by his girl friend over an argument that took place a forth night ago. Rachael 21 was reported to have stabbed her boyfriend several times in the stomach with a knife.

According to her when asked what brought about the fight she told the police he has asked her to come and collect the money he promised her some days ago she said on getting there he tried forcing himself on her and in self defense of herself stabbed him with the knife that he (Paul) used previously to peel orange in the one room he stayed.according to autopsy he was stabbed trice in the stomach which was contrary to what she said.

On her part,she lost count of how many times she stabbed him as everything came in a flash.She is currently in the police custody till the case will be taken to court .Neighbors of the deceased spoke to the police that they over heard then argue about money for her hair and that the next they heard was her screams. But the neighbors never went inside to see was happening since it was every one to his own in the compound where they stayed .She will be facing charges for man slaughter in the court on Wednesday the 25th of June.