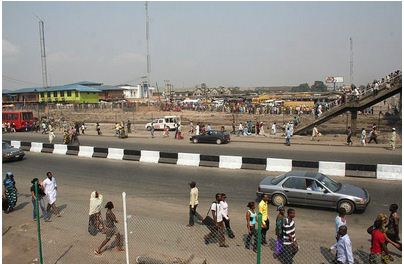 An influential thug in Oshodi popularly called Baba Esi was allegedly murdered yesterday morning April 9th. He was reportedly a foot soldier used for PDP Campaigns during the presidential elections. However, after the loss of PDP, he decamped to APC and his goons felt betrayed and came for him. At least that’s the story they’re telling on social media. See the tweets and graphic pic below.. 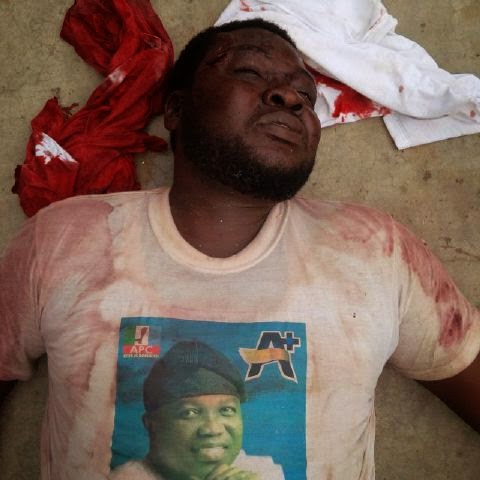