Bayern Munich manager Pep Guardiola has played down rumours linking him with a move to the English Premier League, despite speculations he is set to replace Manuel Pellegrini at Manchester City.

The former Barcelona manager’s contract at the Allianz Arena ends in June 2016 and with Pellegrini’s job hanging on the balance, the Catalunyan boss has been tipped for the Etihad stadium job.

“My future is Wednesday free, Thursday training, and, of course next year to be here. That’s my future.” Guardiola said.

The Bavarians’ hope of winning a treble in the Bundesliga, DFB Pokal and Uefa Champions League was dealt a huge blow in Portugal a week ago. Bayern need to overturn a 3-1 first-leg deficit in their quarter-final clash with FC Porto on Wednesday. 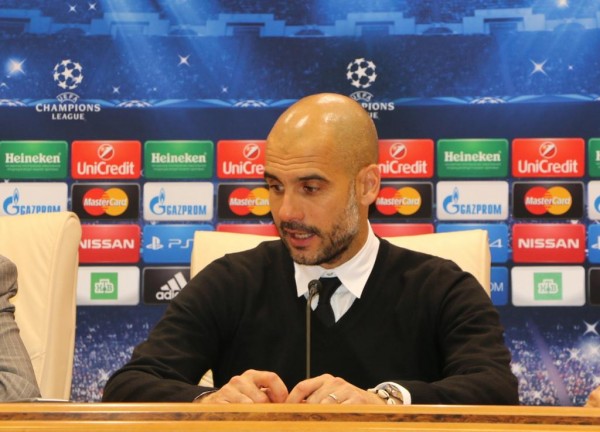 In the meantime, they are just one win short of a third consecutive German Bundesliga title, needing to win against Hertha Berlin on Saturday to close out another triumph. But the 44-year-old insists winning a single trophy this season would not be enough for the silverware-hungry Bayern fans.

“This is a big club, so you can’t say we are in a cosy situation,” said Guardiola, who won 14 titles in four years at Barcelona and has so far won four in nearly two years at Bayern. “If you win, you’re a genius. If you lose, you have lots of problems. But that’s the nature of my job.

“We have to take more risks after the first-leg result, but I am happy to be here in this stage of the competition. I know it won’t be easy, but I am 100 per cent optimistic that we’ll do it.

“We are just a few steps away [from winning] the German cup and the German league – if we win on Saturday against Berlin, we’ll be champions. That impresses me when I see how many problems we have had.

“But I know which club I am at, it isn’t enough to win the Bundesliga and the cup. Only a treble is enough for a club like Real Madrid, Barcelona or Bayern, but I am proud to be here with these players.”