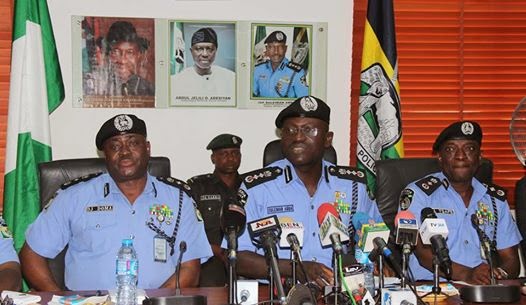 The Inspector-General of Police, Suleiman Abba, has ordered a restriction of movement during Saturday’s governorship and state House of Assembly elections.

The directive was contained in a statement issued Thursday by the Force spokesman, CP Emmanuel Ojukwu.

According to the statement, the restriction of movement will begin from 8am to 5pm on Saturday, April 11, 2015 only.

The Force spokesman, however, disclosed that the restriction excludes the Federal Capital Territory, FCT, as well as vehicles on essential duties such as Fire Service, ambulances and vehicles used by Independent National Electoral Commission (INEC) and law enforcement/security agencies.

“There is no restriction of vehicular movement in the Federal Capital Territory as there is no election taking place there on the said date”, he said.

Abba assured that adequate security logistics and manpower have been strategically deployed to achieve a most conducive electioneering atmosphere, stressing that policemen for election duty have been properly briefed on their roles as stipulated in the Electoral Act and are expected to be professional, non-partisan, civil but firm in their approach and relation to the public.

He also enjoined citizens to remain vigilant and report all suspicious activities to appropriate police authority.