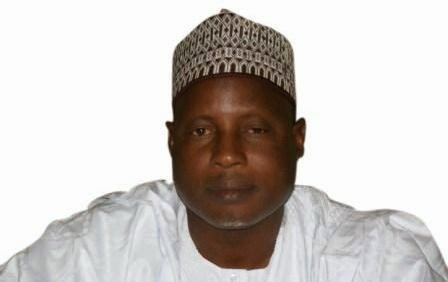 The Kano State Police Command has shed more light on how the State Resident Electoral Commissioner, Munka’ila Abdullahi, his wife and two children were killed in what has been termed a mystery fire incident on Friday morning.

Abdullahi died along with his family members following an outbreak of fire at his official residence on Kashim Road, Nasarawa GRA, Kano.

But the police have ruled out any foul play in the unfortunate incident, which came days after the REC supervised the conduct of presidential and national assembly elections in the state.

Police Commissioner, Mr Ibrahim Idris, who spoke with reporters Friday afternoon at the Bompai, State Police Headquarters, said preliminary investigation carried out by investigators suggested that the fire might have been as a result of an electrical fault.

“Today (Friday) at about 4:30 a.m., the police men on guard duty at the official residence of the Resident Electoral Commissioner Kano state, Alhaji Munkaila Abdullahi located at No. 2 Sir Kashim Ibrahim Road, Nasarawa GRA, Kano, observed a fire emanating from split A/C in the sitting room.

“They made several attempt to get in touch with him including banging the doors and breaking some of the toilets windows but he was not responding. The police men and local guards broke the door leading to the sitting room, and discovered the sitting room was engulfed by fire and smoke.

CP Idris said they were immediately evacuated and rushed to the Murtala Mohammed Specialist Hospital where the Doctor confirmed them dead.

“The Doctor confirmed the family died from inhalation of hot and black smoke”, he added.

Meanwhile, detectives attached to the State CID have sealed the scene and together with the fire service men have commenced thorough investigation into the fire incident, the police chief said.