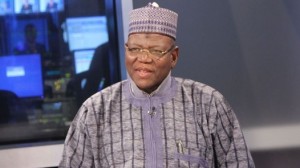 The deputy governor of Jigawa state, Alhaji Ahmed Mahmoud, has been expelled from the People’s Democratic Party (PDP) for voting for the opposition in the March 28 presidential election.

Mahmoud was expelled during an emergency meeting held by a PDP stakeholders of Galagamma ward of Gumel local government area of Jigawa state.

The stakeholders of the party expelled Mahmoud for alleged anti-party activities in the last presidential and senatorial elections in the state.

According to a statement by the Chairman of PDP, Gumel local government area, Alhaji Ibrahim Dogo Kafinta, through the Director of Press to Jigawa state governor, Umar Kyari, the embattled deputy governor was dismissed from PDP for allegedly voting for the opposition All Progressives Congress (APC), describing the action of Mahmoud as anti-party and a betrayal of trust.

State APC chairman, Ado Sani Kiri, who received the decampees said with such caliber of men, the APC was certain of victory in the governorship polls come April 11.