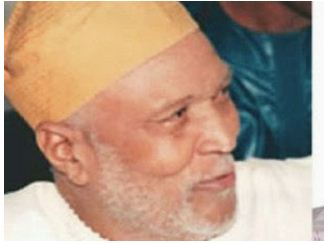 President Goodluck Jonathan on Thursday expressed his condolences to the government and people of Katsina State on the death of a former Inspector-General of Police, Alhaji Muhammadu Dikko Yusuf.

In a statement by his Special Adviser on Media and Publicity, Dr. Reuben Abati, the President also commiserated with the former police chief’s family as well as the Arewa Consultative Forum, ACF, on the demise of the respected leader.

The statement read, “The President shares their grief as they mourn the eminent Nigerian who served his country dutifully throughout his successful career in the Nigerian Police, and later on, as a political leader and elder statesman.

“The President believes that MD Yusuf, as he was fondly called by his friends and associates, will long be remembered for his outstanding political courage and exemplary determination during Nigeria’s transition to democracy after years of military rule.

“President Jonathan recalls that as leader of the Grassroots Democratic Movement at that time, the late MD Yusuf embodied some of the best values of bravery and patriotism.

“The President prays that Almighty Allah will grant his soul eternal rest and comfort all who mourn him”.