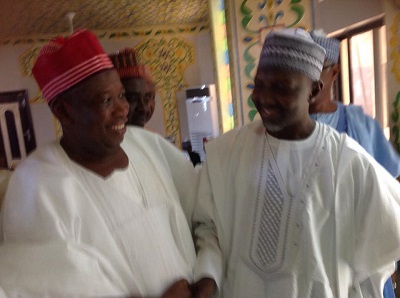 According to final tally of results announced by the Independent National Electoral Commission, INEC, Ganduje, who is Governor Rabiu Kwankwaso’s deputy, won in all the 44 local areas of the state in the governorship poll. He polled 1,546,434 votes to defeat Takai, who got 509,726 votes.

In a statement on Monday by his media aide, Bala Saliu, the governor-elect said he received a phone call from Takai at about 11:45pm on Sunday, immediately after the announcement of the official result by the INEC, saying he accepted the outcome of the election in good faith.

“Takai acknowledged that political contest is a two-way-traffic; one either wins or loses and prayed to Allah to guide Ganduje in discharging his duties diligently”, the statement read.

Ganduje in his response, thanked Takai for his goodwill message, describing it as a good omen.