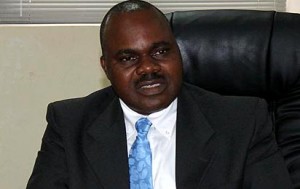 Following the upsurge in reported cases of kidnappings in the country, the National Human Rights Commission, NHRC, Friday,‎ counseled parents and guardians against entrusting their children and wards to strangers, as such practice could expose‎ them to different forms of rights abuses.

‎The commission, which expressed worries over the recent occurrence in Lagos State where three siblings were abducted by a nanny, who was supposed to take care of them, said it would intensify effort towards enforcing the rights of victims and ensure that the culprits are punished in accordance with the law.

You may recall that three kids, Aderomola (11 months), Adedamola (4 years) and Demola (6 years) Orekoya,‎ were kidnapped by their nanny 24 hours after she was employed last week at Lawanson Road, Itire area of Surulere, Lagos.

After six days in captivity, the nanny, whose real name is Funmilayo Adeyemi, a mother of four, and not Mary Akinloye, abandoned the children when security operatives began to close in on the location where she and her accomplices kept the children.

A statement on Friday issued by the Executive Secretary of the NHRC,‎ Prof. Bem Angwe, decried the action of the nanny, who has since been arrested, even as he stressed the need for Nigerians to be more vigilant.

“It beats human imagination that children who require utmost protection by the society are subjected to such inhuman treatment just for material benefit”, read part of the statement, which was signed by the Chief Press Officer of the Commission, Mrs. Fatimah Agwai Mohammed.

Meanwhile, the NHRC chief has hailed the Nigeria Police for rescuing the abducted kids, urging Nigerians to always report cases of human rights violations to security agencies and the Commission for redress.