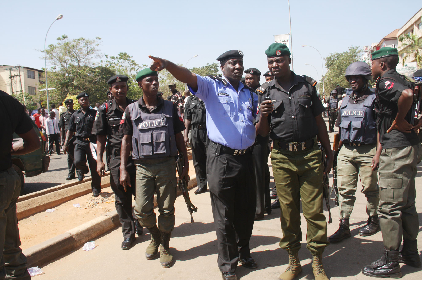 The Kogi State Police Command said yesterday that it would deploy 4,700 personnel for the state House of Assembly re-run election in the state tomorrow (Saturday).

The Commissioner of Police, Adeyemi Ogunjemilusi, said the decision was to ensure credible election, devoid of violence.

CP Ogunjemilusi said the police would be assisted by the military and paramilitary, and that polling units and collation centres would be heavily guarded against snatching of ballot boxes, which marred the last exercise.

“We have information that some people are out to cause trouble by bringing thugs from outside the state, but we are ready to curtail their activities”, he said.

The police boss added that violence prone areas in the eastern senatorial district have been identified.

He also advised the people of Ajaokuta community to suspend their traditional festival scheduled for Saturday, saying if it takes place, hoodlums might use the opportunity to disrupt the election.