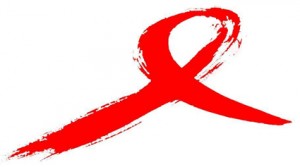 Governorship candidate of the Accord Party in Oyo State, Senator Rashidi Ladoja, has promised to restore free treatment for members of the state chapter of the Network of People Living with HIV/AIDS in Nigeria (NEPWHAN) in all the state general hospitals if elected the next governor of the state.

Speaking in Ibadan on Saturday, Ladoja who fielded questions from newsmen on his preparedness for the April 11 governorship and House of Assembly elections in the state described the current N12,000 being charged each of NEPWHAN’s 40,000 members in the state for treatment in government hospitals as insensitive.

“My government, which is coming on May 29, 2015 by the grace of the Almighty, will ensure adequate representation of NEPWHAN members in the composition of Oyo State Agency for the Control of HIV/AIDS.

“I will also ensure speedy passage of the anti-stigmatisation bill into law to discourage discrimination against people living with the virus and ensure their full integration into society.

He also pledged to assist the 36 support groups associated with NEPWHAN with free supply in the 33 local government councils of Trino-IB, a drug said to boost the immune system of people living with HIV/AIDS, as well as encourage research into local herb formula for the cure of the virus.