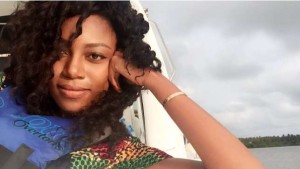 The busy actress aired her feeling son Twitter as she tweeted on April 28, 2015: –

“I miss falling in love ❤️❤️…….. With that person who makes your heart skip…… Seriously don’t remember the last time I was truly in love” she wrote on the micro blogging site.

Ghanaian actor John Dumelo who said he cannot date the star actress because they are good friends and colleagues during an interview with Tribune.

Yvonne Nelson has dated Chocolate City rapper Ice Prince and pop star Iyanya in the past.