Man Rapes Own Daughter, Fathers Her Child, Cries ‘I Love You’ As He’s Led Out Of Court 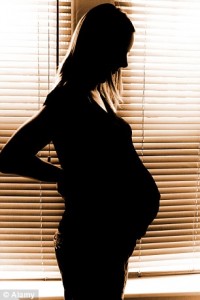 A man has been jailed for life after fathering a child with his own daughter who he raped repeatedly from when she was just 10.  The man, who cannot be named for legal reasons, was given a life sentence after Derby Crown Court after jurors heard how he ‘took his daughter’s life’ through sexual abuse. DailyMail reports:

His depravity was exposed when he impregnated her when she was just a teenager, having ‘poisoned’ the girl against her mother.   As she watched her abuser being led away from the dock the girl ran towards him, crying out: ‘I love you and miss you.’ Earlier the court heard how her father had been her primary carer for years and began raping her when he felt ‘out of sorts or angry’.

Despite promising to stop the abuse after each attack, the man carried on abusing her until she became pregnant.  In a bid to terminate the pregnancy without raising concern he encouraged his daughter to continue kick boxing, the court heard.  Eventually, when the girl refused to tell authorities who the father of the baby was they ordered a paternity test.

The pair fled but were apprehended by police and the man taken into custody.   Giving evidence the girl told of how she was too scared to reported her father to police and still ‘loved him’.  ‘The abuse has set my life on the wrong course and destroyed the normal childhood and teenage years that everyone deserves,’ she said in a statement.