A 21-year-old man suffers from localised gigantism, which has meant his right foot has never stopped growing, Qu County in Sichuan province, China. 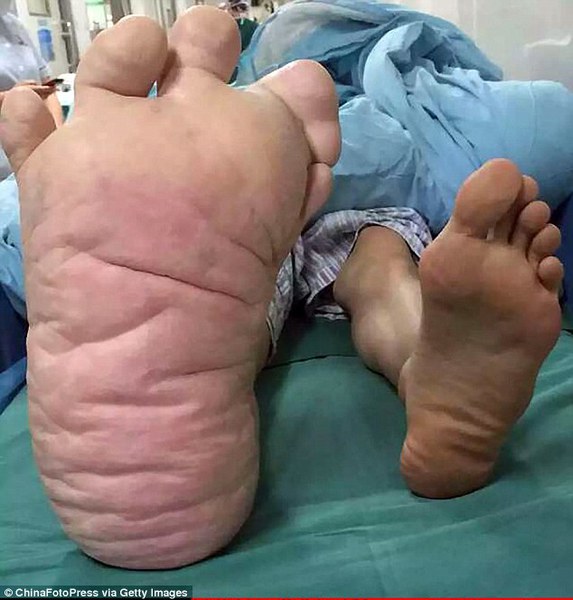 Liu Huichang’s right foot currently measures 43cm long and is 14cm thick. When he was young, his parents refused doctors’ suggestions of amputating his leg and desperately tried to stop his foot growing by tightly binding the limb. But nothing has helped. As Liu’s right foot is double the size of his left one, he has struggled to walk properly for many years. 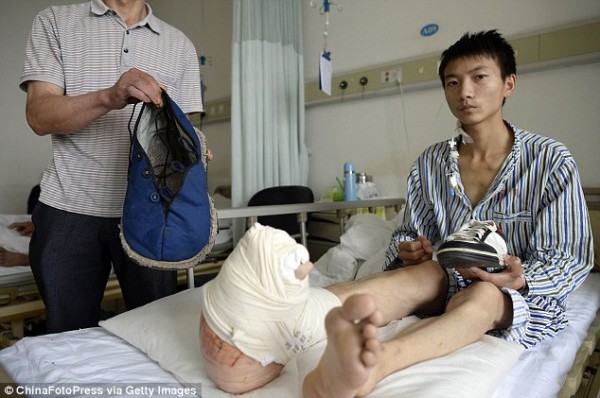 He also suffers from flatfoot and joint problems amongst many other medical issues. Liu has already undergone the first of three surgeries which he believes will help him lead a normal life. He said: “I have worn off about 20 shoes in the last 16 years. Eventually my teacher helped and I finally landed on a job in a packaging factory. If my foot gets better, I will definitely go and play basketball and wear some shoes from the high streets.” 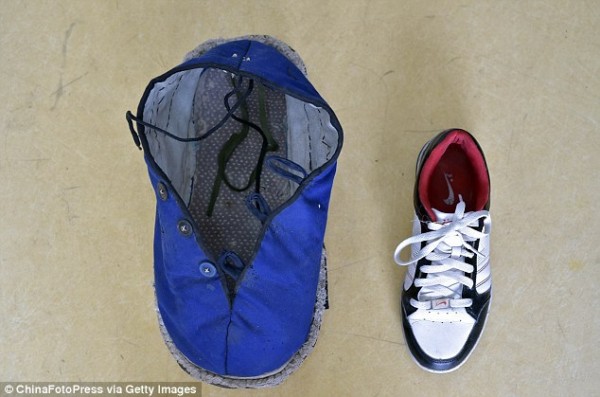 Liu decided to have the operations not only for himself but for his grandmotherwho has been making him gigantic shoes since he was five years old. The 70-year-old uses canvases and needles to stitch the shoes after a laborious day working on a farm, and has continued to help her grandson even after her eyesight deteriorates. 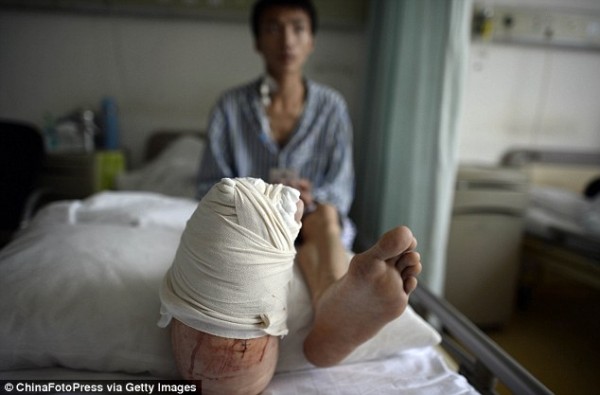 Now the young man works in a packaging factory and is hoping to achieve his dream of playing basketball by undergoing a life-changing operation. His doctors, however, say that even if the three operations are a success, Liu’s two feet may not be the same size but they hope his right foot will be reduced to a normal size over time.