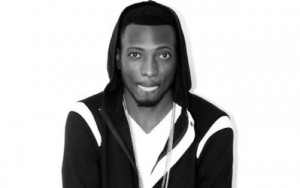 The stories are everywhere so this shouldn’t be a new talk.

What is new however is that the singer has come forward to deny the allegations.

Saturday Beats had a sit-down with May D cousin, Oreoluwa Akinbode, who also doubles as his manager and he denied the allegations that he is a woman beater.

“The truth is that the news has been out for a while and I haven’t spoken to anybody about it and May D has not either. When we read the news, we were shocked because it is false. We have spoken to our lawyers and our PR team and they have something they are working on. We want anything that would come out to be the official statement of the company. We don’t want to release individual responses. Aside from being his manager, May D is also my cousin. Anything I say can be considered to be a statement from both his management and brother. That is why I am skeptical about going into details.

“Anything that will come out will be from our lawyers or PR team. We want it to be official. Funny enough, you do not need to hear from May D before you know that he does not beat women not to talk about the mother of his child. If you followed the news, a lot of people replied on May D’s behalf that it is not possible without us saying anything. Anybody that knows him one on one knows that he is not capable of such. She is still the mother of his son and because of that, we have to be cautious. We need to think of the family and that is why we need to be reasonable at this point. I don’t know why his baby mama would put out such a story about him. It is a personal relationship between them.”