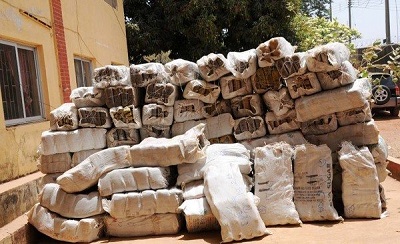 A couple and three others have been arrested by the Bauchi State Command of National Drug Law Enforcement Agency (NDLEA), for being in possession of 1070.2 tonnes of Indian hemp.

State commander of NDLEA, Mohammed Malami Sokoto, in a statement said the drugs were seized at Bayan Gari area of the state.

He also confirmed the seizure and further arrest of three suspects including a husband and wife at Bakin Kura in the state capital.

Mr. Sokoto also commended the NDLEA/Community Relations in the state and called for information that would lead to further seizures and arrest of drug dealers.