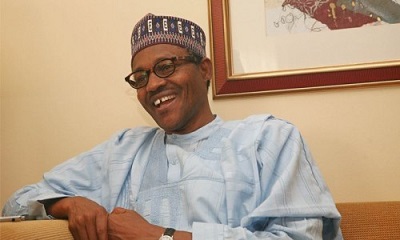 Nigeria will have no president for some hours in May as President Goodluck Jonathan has decided to formally handover to his successor, Muhammadu Buhari on May 28, hours before the official inauguration. Until formally sworn in, Buhari cannot act as president.

The Minister of Information, Mrs. Patricia Akwashiki, who briefed State House correspondents on Wednesday after the Federal Executive Council (FEC) meeting, said Jonathan would formally handover to President-elect Muhammadu Buhari on May 28 at a dinner.

She also said the outgoing president had directed all ministries, departments and agencies (MDAs) of the federal government to submit their handover briefs to the Office of the Secretary to the Government of the Federation (SGF) on or before April 20.

Reacting to the president’s decision to hand over to Buhari on May 28, human rights lawyer, Femi Falana (SAN), said the new date was a deviation from the law as a vacuum would be created should he handover before Buhari’s swearing in.

“As far as the law is concerned, President Jonathan is in charge of the country until May 29. He cannot cut short his presidency in the name of handing over the day before at a dinner, as there is no provision for a vacuum.

“He is the president till the morning of May 29 when Buhari takes the oath of office. There is no provision for a vacuum of eight or nine hours, and I am sure the president will be properly advised,” he said.