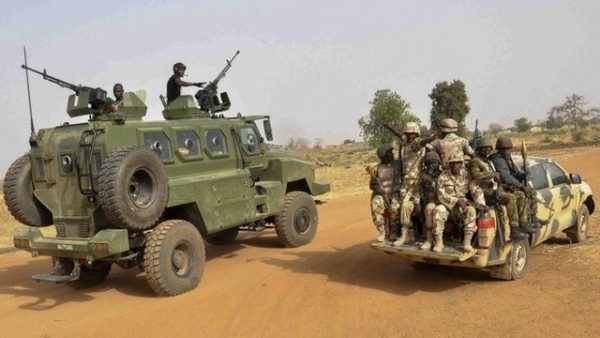 The Nigerian Military on Tuesday morning sacked Boko Haram terrorists from the Alagamo forest in Borno.

This is contained in a statement issued in Abuja by the Acting Director of Army Public Relations, Col. Sani Usman.

“This morning, troops of the Nigerian Army along with support from the Nigerian Air Force, cleared the last camp of Boko Haram terrorists in Alagarno forest located between Kaga and Daboa local government areas of Borno, which link Yobe and Gombe States”.

According to NAN, the key terrorists’ camp within the forest includes; Falluja and Timbuktu camps have all been cleared.

The statement said so far, a lot of recoveries including armoured fighting vehicles and computers were made.

It added that troops were now mopping up the general area and that more details of the operations would be disclosed later. (NAN)