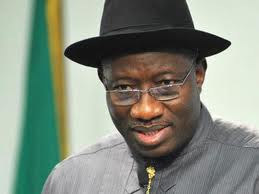 President Goodluck Jonathan has urged Nigerians to be ready to make sacrifices for the president-elect Muhammadu Buhari as he would not only need their support but also their sacrifice.

“As a people, what I always believe we should ask is what sacrifice are we making? It is not about supporting Jonathan or government. Now, Buhari is coming on board, it is not about supporting Burhari or his government but what sacrifice are you willing to make for government and for the nation as an individual?” Jonathan asked, when speaking to the Christian community in Abuja who paid him the traditional Easter homage.

“Nation-building depends on the sacrifice of individuals and the patriotism of the citizens. These are two key elements, and we must be ready to sacrifice for our nation.

“If you are a businessman and you say you are supporting government but you don’t pay tax, how do you expect that government to survive? That government will not survive. To me, whenever I travelled to different countries and saw things work, I realised those things didn’t fall down as manna but people made sacrifice.

“Therefore, in Nigeria people must also be ready to make the required sacrifice. Whoever becomes president is immaterial so long as the citizens are happy. Our children go to school, when we are sick they go to good hospitals and of course the economy blossoms.”

“In ECOWAS sub-region, for example, Nigeria has the lowest VAT of five per cent payment, while other countries pay up to 12 percent. If, for instance, Buhari decides to increase VAT from five to 10 per cent, will Nigerians support him? That is sacrifice and we must make sacrifice,” the president said.

While describing himself as one of the luckiest Nigerians today, Jonathan said Nigerians had given him the opportunity to serve the country in the last 16 years at different levels of leadership. He expressed gratitude to God and the people of the country for the privilege to serve.

“This Easter period coincides with when I’m leaving but I always say I’m one of the luckiest Nigerians. From 1999, I have been in the hands of government. I am yet to see somebody who is luckier than me.

“I was in the hands of governments for 16 years, not in government as a parliamentarian, because if you are in the National Assembly or state House of Assembly, you take care of yourself in your house. I was in a cage being taken care of by the government. But I think it is enough and I am happy. Help me thank God for that.”