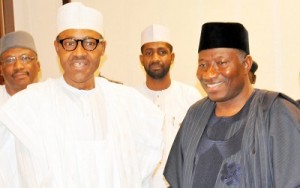 Although he lost the March 28 National Assembly election in Plateau State and has vowed to contest the result in tribunal, General John Nanzip Shagaya of the All Progressives Congress (APC) said the 2015 elections were the best since 1993.

“They can only be compared to the 1993 election which would have been the best election but for the annulment. I think so because, Abiola was from the South-west and he won many regions, likewise Buhari in this year’s elections,” he told Vanguard in an interview.

He also eulogized the president-elect Muhammadu Buhari, whom he claimed was elected because of his qualities.

“…I think, Nigerians really went for change because this man (Buhari) is incorruptible and fearless.

“He is one man who, in 1984, when the World Bank decided that we must swallow hook, line and sinker heavy conditionality in Nigeria, stood up and said he must consult his country as Nigeria must not be judged on western values because we are a developing nation. As time went on, you know what happened when we began to bite the conditionality of the World Bank. When he made this speech in 1984, the Naira was equivalent to 2.2 dollars. Today, you need a basket of naira to buy one dollar.

“Those are the qualities he has. He is a man that most Nigerians would want to rule this country,” he claimed.

“I have commended him for that, it was very magnanimous of him. This is the first time such a thing is happening not just in our country, but also in Africa as a whole. A sitting leader conceding victory to the opposition. We pray for long life and good health for Jonathan for him to continue serving humanity the way he has demonstrated. President Goodluck Jonathan is a statesman by conceding victory in the keenly contested election. He has by that single act demonstrated the spirit of statesmanship.”

Despite calling the elections of 2015 the best since 1993, Shagaya noted that it was marred by several irregularities.

“In my area, there were irregularities that led to the destruction of some votes and I believe that affected me. So,I am aggrieved.

“I contested the senatorial election and the result is not acceptable to me. My lawyers are already filing papers challenging the result of the election. There was an issue in my area which affected over 15,000 votes to be destroyed by amob in Namu town. I observed that some PDP voters were encouraged to vote without their PVCs, introducing kangaroo result for a poll that didn’t take place. My happiness here is that when these issues will be presented to the tribunal, INEC should be able to sieve the number of registered voters from fake ones as well as those with the PVCs.

“Secondly, the number of PVCs released to every local government and captured in every polling units as against votes cast can be determined. In my own case, I believe government also assisted in manipulating the process to favour General Useni,” he said.