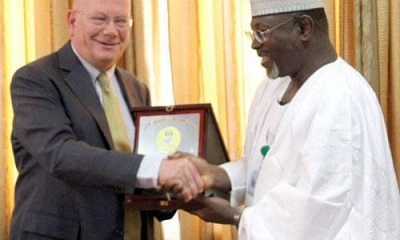 Obama, who awarded the INEC boss with a “Certificate of Commendation” for his outstanding and sterling performance, said what Jega had done deserves to be emulated by all.

Represented by the US Ambassador to Nigeria, James Entwistle, President Obama also congratulated President Goodluck Jonathan and the President-elect, Muhammadu Buhari, for their roles in the election and the prevailing peace all over the country.