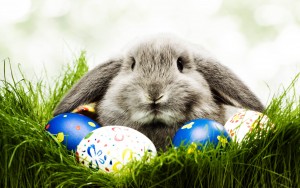 A package containing an Easter Bunny doll with $30,000 worth of meth inside has been seized by Oklahoma police, all thanks to the Police’s snoop dog. UPI reports:

The stuffed animal had a hole in the bottom where two condoms full of meth had been inserted. The meth weighed one pound.

A woman named Carolyn Ross has been arrested for the crime, and she has already admitted she knew the drugs were in the stuffed animal. She said she was supposed to send them to someone who could redistribute them, according to Fox 23.

“We’ve intercepted narcotics in the mail before,” said Tahlequah Police Chief Nate King. “The Easter Bunny I thought was a strange touch,” he said.

The meth was found with the help of a police dog.