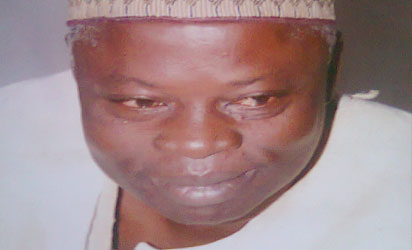 The legal adviser of the outlawed Ombatse militia group in Nasarawa State, Zamani Allumaga, has joined the All Progressives Congress.

Mr. Allumaga, who contested and lost the Nasarawa North senatorial district election on the platform of Labour Party, claimed that the Ombatse group was deceived into war by their political leaders for selfish reasons.

The militia group came into national reckoning in 2003 when it ambushed and killed 85 security operatives comprising policemen and DSS agents in Alakyo village of Nasarawa State.

Although Mr. Allumaga was one of the indigenes indicted by the Justice Joseph Gbadeyan-led commission of inquiry into the Alakyo killings, he like the others, are still walking free.

Addressing journalists at the government house shortly after his defection in Lafia, the state capital, Mr. Allumaga alleged that the architects of the Ombatse militia group are now seeking elective positions without recourse to the killings they caused.

He added that the Ombatse crisis had been a political move aimed at the 2015 general elections and not a tribal agenda as alleged by a section of Eggon leaders.

“The moment our leaders jumped the ship without any explanation for abandoning the government of CPC, the Eggon nation began to have problems because we were deceived that the government is after our lives”, he said.

The lawyer continued: “We were told that we should not vote [Gov. Tanko] Almakura because he is going to kill our people. But to our surprise, those beating the drums of war never cared to seek reconciliation for our people to move forward.

“Our people were made to suffer by our leaders so that they could reap from the future. But we have realized our mistakes and forgiven Almakura for the state to move forward”.

Mr. Allumaga promised that the Eggon people will vote en masse for APC in the governorship elections and that he will personally withdraw the case filed by Ombatse group against the state government over the white paper of the commission of inquiry into the Alakyo killings.