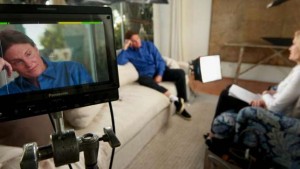 Probably the biggest name in talk show TV, Oprah Winfrey, has spoken out on the Bruce Jenner famous interview.

Would Oprah have handled the Jenner confession any better than Diane Sawyer? Well, given the fact that the interview was watched by over 17 million people world wide, we can admit Sawyer did a great job!

However, the 61-year-old media mogul reveals that it’s becoming hard to think of new and exciting people to talk to.

“The problem is, and even now, because I started doing this with ‘Next Chapter,’ there’s nobody — try to think of somebody — who would be willing to do an interview on a regular basis that you can’t go and Google and find out what has happened to them in the past week. There’s nobody,” she tells WWD about why she doesn’t miss interviewing people.