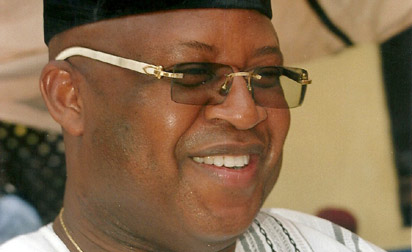 The Peoples Democratic Party in Edo State on Tuesday said that the outcome of the presidential and National Assembly elections has shown that the party remains a viable alternative to deliver good governance in the 2016 governorship election.

The Edo PDP, Chief Dan Orbih, who stated this while briefing journalists at the party’s secretariat in Benin, also commended the electorate for participating in the general elections held across the state.

Orbih said, “The actual race for a change in Edo State Government House has truly started; with two senators and five House of Representatives members, I believe we have started the struggle to reclaim Edo State. For Edo people, we are never going to relent in our position to ensure that we can deepen democracy in the state.

“This state belongs to all of us. We have a responsibility as a political party to be answerable to our people; to point out the ills of Adams Oshiomhole’s government and I promise Edo people that we are never going to relent in our effort in this regard”.

Mr. Orbih said that the support received from eligible voters in the state, which resulted in the PDP clinching the Edo-South and Edo-Central senatorial seats, in addition to five out of the nine seats in the Federal House of Representatives, was a reflection of their confidence in the party to check the excesses of the ruling APC.

He said, “Democracy cannot survive when you don’t have an informed alternative or an opposition party that will always come to speak for the people. Of course, the APC-led state government recorded some victories at the state House of Assembly but that has not taken anything away from the fact that the politics of our state is now fairly balanced and there is no one dominant party.

“Why we can boast of having the majority of the people that will represent the people of Edo State at the National Assembly, for tactical reasons, it is also good that they (APC) have some good representation at the state House of Assembly. So, the governor is having a good majority at the state House of Assembly and will have no excuse to give Edo people for his failure”.

While congratulating all elected candidates in the state House of Assembly poll, the PDP chairman said that Edo people looked forward to a vibrant and focused legislature devoid of political sentiments.