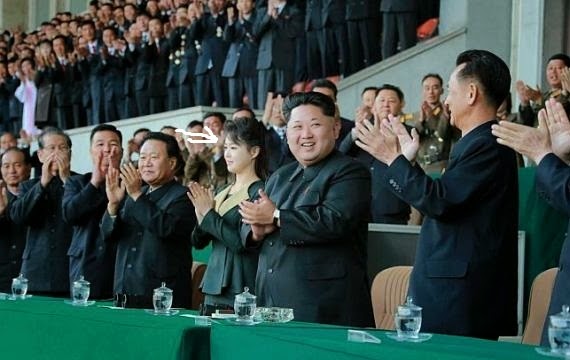 People were beginning to think he’d killed her…:-). Well, he killed his uncle and girlfriend, so don’t blame anyone for thinking he may have done same to his wife. North Korea’s First Lady, Ri Sol-j, has been spotted out in public for the first time in 2015. The last time she was seen in public was in December 2014 at a ceremony commemorating the death of her husband’s father, Kim Jong-il.