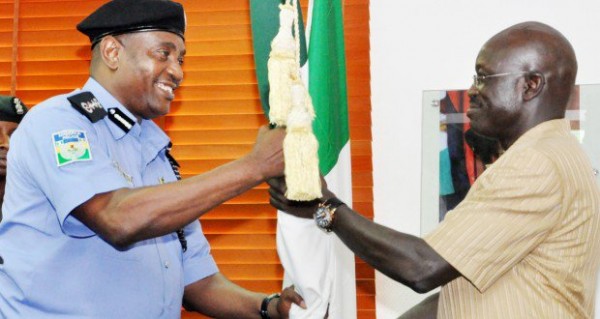 The Nigeria Police Force, yesterday, denied the reported scenario of confusion, drama and delay regarding the handing over ceremony to the Acting Inspector-General of Police, Solomon Arase, stating that it was completely false and unsubstantiated.

Force Public Relations Officer, Emmanuel Ojukwu, said in a release that the handing over and taking over ceremony went on as planned and relevant briefs were turned in as expected.

Emmanuel, an acting Commissioner of Police, further said that the only invitation sent out regarding the handing over ceremony was sent out at 1:44 pm via sms noting commencement of event for 3pm of same day.

According to him, that erstwhile IGP Suleiman Abba was said to have removed all his personal effects before leaving office around 11:20pm is completely false.

The retired IGP since closed from office on Tuesday, the day he was relieved of his appointment by President Goodluck Jonathan, long before the time stated in reports, the Force spokesperson stressed.

“Three of the serving Deputy Inspectors-General of Police did not hold any emergency meeting as stated in the report. No such meeting took place as there was no cause for such. All the DIGs were in their offices waiting for the smooth transition. The stated scenario of confusion, drama and delay regarding the handing over ceremony is completely false and unsubstantiated.

“The report revealed a lot of concocted false stories and mischievous insinuations which serve as misinformation to the public and also put the Nigeria Police Force and its leadership in a bad light”, the release stated.