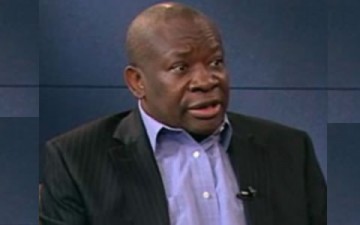 The Presidency has been thrown into mourning following the death of Oronto Douglas, the Special Adviser on Research, Documentation and Strategy to President Goodluck Jonathan.

According to presidency source, Mr. Douglas, 49, died early hours of Thursday at the State House clinic.

The real cause of his death is unknown at this time, but the presidential aide is said to have battled with a terminal illness for some time, and had, from time to time, traveled abroad for medical treatment.

His ill-health notwithstanding, Mr. Douglas was one of Mr. Jonathan’s most brilliant and influential aides, documenting the president’s achievements and legacies, and helping coordinate parallel media and campaign strategies for the presidency.

“He was one of those who had the most far-reaching influence on President Jonathan”, a presidential aide said.

Born in 1966, Mr. Douglas, who was once a commissioner for information in Bayelsa State, is survived by a wife and two young sons.