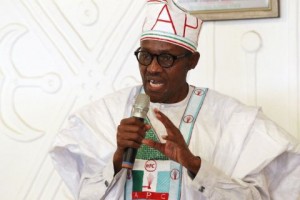 The Senior Special Assistant to President Goodluck Jonathan on Public Affairs, Dr. Doyin Okupe has congratulated the President-elect, General Muhammadu Buhari and the national leader of the All Progressives Congress (APC), Bola Ahmed Tinubu, for the victory of the APC at the March 28 Presidential election.

“Let me congratulate Gen. Mohammed Buhari on his success at the 2015 Presidential Polls. I equally congratulate my friend and brother Asiwaju Ahmed Tinubu, the APC National Leader, and the leaders and members of the APC for this historic success,” he said in a statement.

“On our part, we have ran a good race and fought an intense and unrelenting battle from the beginning to the end. Sometimes in the course of defending our turf the engagements have been knuckle- breaking and often outrightly vicious. The fight and contest for power from time immemorial has always been fierce and intense; it has never been a sport for the lily-livered or the faint-hearted.”

Accprding to Okupe, despite the fact that a very good, humble and great man has lost this election, the Presidency believes that God must have approved it. “Hence we accept it as gallant men of faith and as patriotic Nigerians and true Democrats. President Goodluck Jonathan has done once again an unprecedented act in Nigeria. As a sitting President, with immense powers at his disposal, he has respected the voice of the people, and willingly and freely surrendered power.

“In a magnanimous manner common only amongst true democrats, he accepted defeat and congratulated the winner even while the final collations were still on. President Jonathan by this singular act stands shoulder taller than most leaders of his generation and even those before his time.

“On my part, if all these were to be repeated and knowing that this would be the outcome, I would still have backed President Jonathan 100 per cent all the way. Goodluck Jonathan has proved that he is a great statesman, perhaps our very best, and certainly one of Africa’s greatest leaders of all time.

“We wish General Buhari and his incoming administration a successful and beneficial tenure in the service of our dear nation. To millions who believed in and stood by us, we take responsibility for this loss and express our deepest appreciation for your steadfastness, love and support. We pray that we all take heart and look up to God for comfort and Solace. He is sovereign, and the only wise God, who gives power to whom he wishes when he wishes.

“Finally, for the citizens of this great country Nigeria, we pray for an era of true, real and meaningful change,” Okupe said.