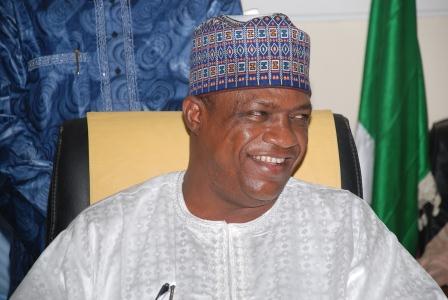 Gov. Ibrahim Gaidam of Yobe on Tuesday promised to declare free education from primary to tertiary level, if the monthly statutory allocation of state increased.

Mr. Gaidam made the pledge in Damaturu at a meeting with Yobe political leaders, who came to felicitate with him over his victory in the just-concluded polls.

He said the measure was part of efforts of his administration to ensure that Yobe indigenes acquired education, to enable them to realise their potential.

The governor said the policy would also enable indigenes of the state to acquire the relevant knowledge, skills and training needed to contribute in moving the country forward.

He said the people of the state would enjoy more dividends of democracy in his second term as “we will invest more in infrastructural and youth development”.

Mr. Gaidam said no society would achieve meaningful development without engaging its youth in socio-economic activities.

He also pledged to build an international airport in Yobe, with a view to attracting local and international investors as well as tourists into the state.

“I want to assure the people of Yobe that before the end of this year, we are going to start the project of building an international airport in Yobe”.

The governor decried inadequate funding from the Federation Account, saying that it had been a major factor militating against the development of the state.

He, however, expressed confidence that the APC-led Federal Government would accord priority to addressing the plight of the people, to enhance physical and manpower development in the state.

Mr. Gaidam said his administration inherited poor infrastructure in the state from the precious leadership.

“When we came on board in 2007, we inherited poor infrastructure from the previous government and there was no evidence to show how the state’s resources was spent”.

The governor thanked the people of the state for giving him another opportunity to serve the state, assuring that “the people of Yobe will not regret re-electing me again”.

Earlier, Ajiyarima Bularafa, the Special Adviser on Political Matters to Mr. Gaidam, said it would be difficult to get a dedicated leader like the governor.

He appealed to the people of the state to support the governor with prayers, to enable him to provide more dividends of democracy. (NAN)