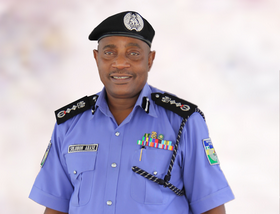 The acting Inspector General of Police, DIG Solomon Arase, has assured that officers and men of the force will be fair to all Nigerians during Saturday’s rescheduled elections in three states.

The police faced allegations of bias from both the PDP and APC during the elections.

The first casualty in the aftermath of the elections, which saw the PDP losing its grip on power at the centre for the first time since 1999, was IGP Suleiman Abba, who was fired by President Goodluck Jonathan on Tuesday, barely one year in the position.

His replacement, Mr. Arase, warned against electoral fraud or violence, saying the police under his watch will be decisive in dealing with offenders.

The acting IG gave the warning after meeting with President Jonathan at the Presidential Villa, Abuja on Thursday.

Mr. Arase said he briefed Mr. Jonathan on the preparedness of the police for the elections in the three states.

He also said the police were deploying massively to the three states and assured there will be fairness to all political parties and the electorate.

“Well, first and foremost, we still have some elections left in about three states and we are doing some massive deployment of man material and that is what I came to brief the C-in-C. I can assure you that we are going to have a level playing field for people who want to vote on Election Day”, he said.

“For the deviant, like I said yesterday, (they) will be decisively dealt with”, he said.