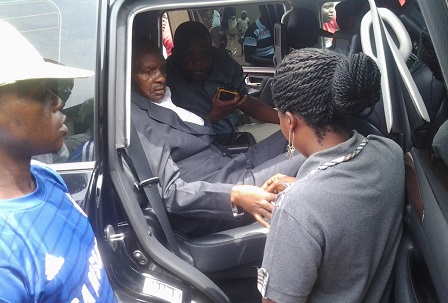 Mixed feelings trailed the appearance of recovering Governor Danbaba Suntai of Taraba State at the Suntai Ward, where he casted his ballot.

The governor had disappeared from public view for several months following the drama surrounding the purported move by the state House of Assembly to impeach him.

Dressed in a grey suit and white shirt underneath, Gov. Suntai, who was driven to his Mamman 012 unit in Suntai ward at about 1: 30pm, was the last person to be accredited and the first person to vote.

The process of accreditation and voting was done inside his Lexus Jeep. He was greeted with cheers and tears.

A resident of the town, Henry Bala, who spoke with PREMIUM TIMES, said that he was happy to see Mr. Suntai.