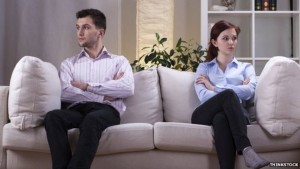 Divorcees are more likely to have a heart attack than their peers who stay married, US research suggests. An analysis of 15,827 people showed women were worst affected, and barely reduced the risk if they remarried. Read more as reported by the BBC:

The study, published in the journal Circulation, argued that chronic stress, linked to divorce, had a long-term impact on the body. The British Heart Foundation called for more research before divorce is classed as a major heart risk.

We already know that the death of a close loved one can greatly increase the risk of a heart attack. Now a team at Duke University has shown a similar effect after divorce. During the course of the study, between 1992 and 2010, roughly one in three people divorced at least once.

Women who divorced once were 24% more likely to have had a heart attack in the study than women who were continuously married. The figure was 77% for those having multiple divorces. In men, there was a modest 10% extra risk for one divorce and 30% increase after multiple divorces.