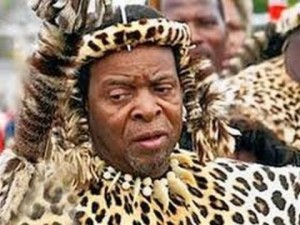 The Senate, yesterday, said that the Federal Government should formally file a criminal case at the International Criminal Court (ICC) Hague, against the Zulu King, who was believed to have instigated the uprising in South Africa through inciting comments.

This came following a motion, tagged Rising Incidence of Xenophobic Attacks in South Africa, sponsored by Senator Victor Ndoma-Egba, PDP, Cross River Central and 107 others, and presented for debate during plenary, yesterday.

In the motion, the senators said South Africa was ungrateful, regretting that despite the sacrifices made by Nigeria to put an end to Apartheid and ensure the emancipation of South Africa, the people of South Africa continued to maltreat and humiliate Nigerians without just cause.

The Senate commended Nigerians for their restraint in the face of the attacks, just as it noted that the xenophobic attacks were precipitated by the comments of the renowned Zulu King.

The upper chamber of the National Assembly noted that Nigerians have been greatly affected by the unrest as “no fewer than 50 have been reportedly rendered homeless after being displaced by these attacks and about 300 others displaced near Johannesburg.”

“By the last count, property and Nigerian businesses worth millions of naira have been destroyed,” the Senate added.

In his remark, after taking contributions from senators, Senate President, David Mark, warned that Nigeria may not wait to see the South Africa stretch it beyond its limit.

“What is happening in South Africa is totally unacceptable; it is unexpected and my humble suggestion will be that South Africa should not stretch us beyond our elastic limit on this matter.

“There is a limit beyond which the nation will not accept what is happening in South Africa and if we go beyond that limit, Nigeria will be forced to act.

“All of you have very clearly enumerated the assistance we gave to South Africa to liberate them when they had their crises. Students contributed, we accommodated so many of them, we gave the scholarships.

“For them to repay us this way, I think it is totally unacceptable and uncalled for; we need to stand up also for all other Africans in South Africa.

“The African Parliament must take this up seriously; we cannot have a situation where one king gets up and begins to say that people should go away. That is preaching hatred and is unacceptable.

“I agree with most of you that we have a responsibility to protect our citizens, in fact, that is our first responsibility and we must do that without thinking twice.

“South Africa must show Nigeria and the rest of Africa that they have taken legal steps against those who are involved,” Mark said, adding that the Senate should also transmit its resolutions to the South African Parliament.