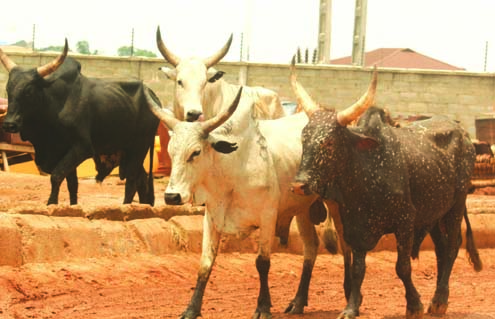 The police in Katsina-Ala, Benue State, has arrested six persons in connection with the alleged rustling of over 500 cows at Tacha village, Yoyo Council ward of the state.

The suspects are said to be cooling their heels in detention as they undergo interrogation at the State Criminal Investigation Department, at the Command Headquarters, Makurdi.

It was learnt that the suspects were part of a larger gang that specialized in cow rustling and kidnapping of persons in that axis of the state.

“They are a gang that is known for cow rustling and kidnapping in Katsina-Ala and environs,”a source said.

“Their last notorious assignment was the rustling of over 500 cattle, early this month at Tacha village, Yoyo Council ward of the state.

“The police are diligently investigating the matter which has led to the recovery of about 21 of the cow at the cattle market and Hausa quarters, all within Katsina-Ala local government area”.