Home Politics There Was No Election In Borno, Figures Were Merely Allocated To APC,...
Facebook
Twitter
WhatsApp 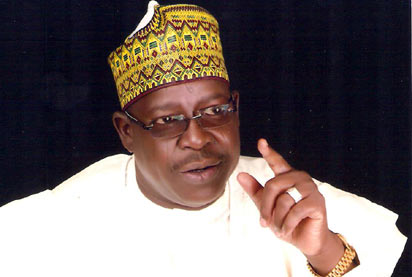 Governorship candidate of the Peoples Democratic Party in Borno State, Alhaji Gambo Lawan, has said there was no election on Saturday in the state but rather an allocation of figures.

The PDP candidate gave this assessment during a press briefing on Monday in Maiduguri, the State capital, where he declared his rejection of the electoral process, which produced incumbent governor and candidate of the All Progressives Congress, Kashim Shettima, as winner.

Lawan said his party agents had already registered their disagreement with the entire exercise, which he claimed was fraught with noticeable anomalies.

“There was no election in Borno. I totally reject the results because the scores were just allocated to a party. All our agents did not sign the result sheets”, he said.

He maintained the governorship poll “was fraught with widespread irregularities, money inducement, violence and thuggery”,

The PDP flag bearer also denied receiving N250m from Gov. Shettima before the election, challenging his political opponent to come to the open to deny or confirm the allegation.

Lawan accused the APC-led government in the state of fueling rumours that PDP did not have a candidate on the eve of the election, which he said worked to his disadvantage.

He added that the general delay in the distribution of electoral materials violated electoral law, saying the party would decide whether or not to approach the tribunal to seek redress at a later date.