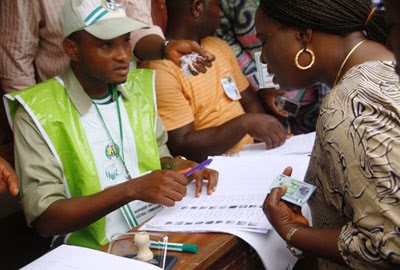 Reprieve came the way of at least 50 members of the National Youth Service Corps, NYSC, and ad-hoc staff of the Independent National Electoral Commission, INEC, Sunday, as they were released from captivity by some villagers in Assakio, Adogi and Shige area of Lafia Local Government, Nasarawa State, who held them hostage since Saturday.

Spokesman for the group, Mr. Adamu Anzalu, told journalists in Lafia, the Nasarawa State capital that the corps members and INEC officials were abandoned along Ashige in Shendam Road close to Assakio, where they were held captive.

According to Anzalu, they were held hostage because the collation and returning officers absconded and the villagers insisted on seeing the INEC officials before they were released.

He said, “I had to convince the villagers that the results would not be altered before we were released 24 hours after.

“It was after that the people released us and we called the security operatives who picked us on our way out of the village”.

The incident was confirmed by Resident Electoral Commissioner in the state, Mr. Abdullahi Nanyaya.